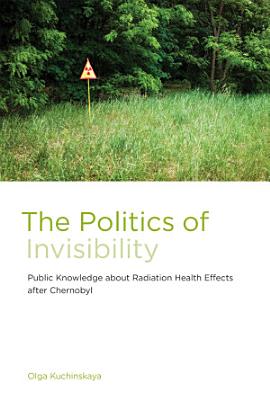 GET BOOK
The Politics of Invisibility Book Description:

Lessons from the massive Chernobyl nuclear accident about how we deal with modern hazards that are largely imperceptible. Before Fukushima, the most notorious large-scale nuclear accident the world had seen was Chernobyl in 1986. The fallout from Chernobyl covered vast areas in the Northern Hemisphere, especially in Europe. Belarus, at the time a Soviet republic, suffered heavily: nearly a quarter of its territory was covered with long-lasting radionuclides. Yet the damage from the massive fallout was largely imperceptible; contaminated communities looked exactly like noncontaminated ones. It could be known only through constructed representations of it. In The Politics of Invisibility, Olga Kuchinskaya explores how we know what we know about Chernobyl, describing how the consequences of a nuclear accident were made invisible. Her analysis sheds valuable light on how we deal with other modern hazards—toxins or global warming—that are largely imperceptible to the human senses. Kuchinskaya describes the production of invisibility of Chernobyl's consequences in Belarus—practices that limit public attention to radiation and make its health effects impossible to observe. Just as mitigating radiological contamination requires infrastructural solutions, she argues, the production and propagation of invisibility also involves infrastructural efforts, from redefining the scope and nature of the accident's consequences to reshaping research and protection practices. Kuchinskaya finds vast fluctuations in recognition, tracing varyingly successful efforts to conceal or reveal Chernobyl's consequences at different levels—among affected populations, scientists, government, media, and international organizations. The production of invisibility, she argues, is a function of power relations.